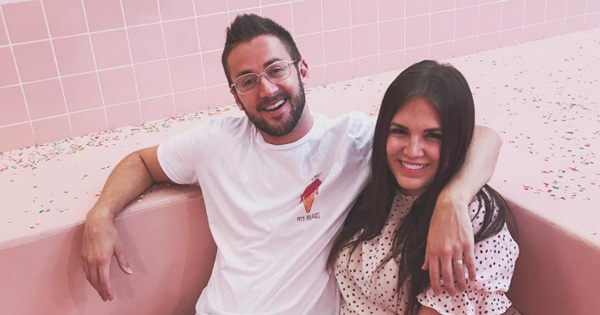 Read on to see why people are mocking this husband on Twitter for sharing his love for his "curvy wife".

Just last week, and Instagram post by a husband and activist named Robbie Tripp went viral. In the post, Robbie praised his wife for his “curvy” body, and encouraged men to view beauty in a different way, while also empowering women to love themselves no matter what.

“There's nothing sexier to me than a woman who is both curvy and confident; this gorgeous girl I married fills out every inch of her jeans and is still the most beautiful one in the room.” he wrote, in part.

Since sharing the photo and words about his full-figured wife, people from all over have not just given Robbie props, but have also thanked him for reminding everyone how truly beautiful curvy women can be. Many commenters and fans said that his words gave them confidence and made them feel better about themselves.

While the majority of the response was positive, there are definitely people out there who thought Robbie’s praise was a little ridiculous. Some saw the writer as giving himself accolades for being attracted to curvy women.

“As a teenager, I was often teased by my friends for my attraction to girls on the thicker side, ones who were shorter and curvier, girls that the average (basic) bro might refer to as "chubby" or even "fat."” he wrote. Well, thanks to the internet, all of those people who weren’t so blown away by Robbie’s post have taken the opportunity to poke fun of his words with silly images and memes.

Just take a look at some of these funny Tweets:

Robbie hasn’t been shy about responding to the haters either. In one post, he shared an image of himself enjoying some R&R by the beach, writing: “This is what I'm currently doing while sad and sarcastic people are getting angry with their keyboard. Hope everyone is having a great day!”

He posted another Tweet showing all of the positive feedback he’s gotten for his “curvy wife” post.

It’s clear that Robbie isn’t letting the haters get him down.

What do you think about Robbie’s post and the response he’s gotten?