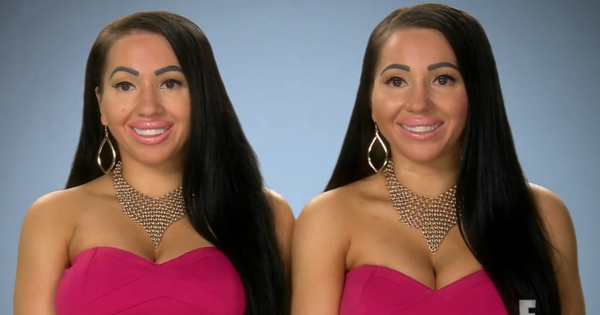 This Set Of Twins Is Doing EVERYTHING To Remain Completely Identical…

Lucy and Anna DeCinque cannot bear to be anything but completely and entirely identical in every aspect of their lives. Read on to find out how they’re handling a new difference in their lives.

A set of 30-year-old identical twins, Lucy and Anna DeCinque, from Perth, Australia, has spent their entire lives doing the exact same things.

Ever since they were very young, their mom always dressed them in the same exact clothes – which eventually led to the sisters doing everything in precisely the same way as the other. As they grew up, everything from the clothes they wore, the classes they took, and the friends they had were exactly the same.

Now, they share their car, job, Facebook account, and phone. Whenever they have meals, they go as far as specifying to the wait staff that they want their drinks to be filled to the same amount, and they even share a boyfriend.
Recently, however, something has come in the way of their identical identities.

Having always had small breasts, the DeCinque twins decided that they both wanted to get plastic surgery done – together. Unfortunately, their new sets of breasts are no longer identical.

The twins have not embraced this difference, and are now looking for a way to solve this problem, effectively retaining their status as completely identical twins. Lucy and Anna agree (unsurprisingly) that they should have done more research before getting the procedure done. At the time, they had simply found a plastic surgeon listed in the Yellow Pages.

Lucy and Anna have taken their goal onto the TV show Botched, where you can get their complete story and find out if they ultimately manage to return to being completely identical twins.