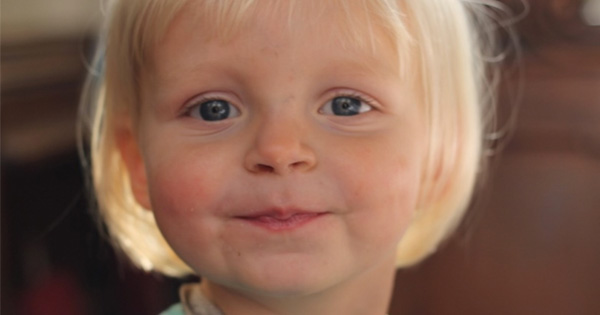 After Losing His 3-Year-Old Daughter, Father Urges Every Parent To Ask Their Doctors This Question

Read on to find out more about the terrible incident that cost this man's daughter her life, and how he is trying to prevent it from happening to other families.

The pain of losing a child is something no parent should ever have to experience. Though Peter Howarth and his now ex-wife loved their daughter very much, they were unprepared for the frightening turn of events that would quickly take her life. Now that they have suffered through the worst tragedy imaginable, this grieving father wants to share his story in the hopes of helping all parents avoid the same terrible fate.

About 3 years ago, Peter Howarth’s 3-year-old daughter Pippa was showing all the symptoms of a cold. She had a mild fever and was acting lethargic, but unfortunately, just days later, Pippa would be gone. It was not a cold that took Pippa’s life, but sepsis.

Peter lost his daughter at the hospital within hours, not knowing that it was sepsis that was killing her.

“What people don’t know about sepsis is the speed and how quickly it changes a life,” Peter told the Huffington Post. “Pippa went in at 7pm and she died by 4am. That’s how quickly it takes a life.”

Like many parents, Peter was unfamiliar with sepsis and the damage it could cause. Also known as blood poisoning, sepsis is a reaction to an infection where the body begins to attack its own organs and tissues.

At the time Pippa was showing symptoms of what seemed to be a cold, her parents continued to give her Calpol every few hours, but her symptoms would not subside. Though nothing more was going on than a fever and some drowsiness, a few days later, her breathing seemed off. After taking her to the hospital, the doctors diagnosed her with pneumonia. She was put on antibiotics and stayed in the hospital overnight, with her dad by her side.

“It got to 3am and I thought she wasn’t right. She was talking, but it was nonsense and stopped making sense. I got the nurse to come in,” Peter recalled. “They checked on her and there was no mention of sepsis, then off they went. “I sat with her half an hour after this point in the room, just holding her hand. I was holding her hand when she stopped breathing. That was it.”

Pippa lost her life before her mother had a chance to make it back to the hospital. Though her story is heartbreaking, Peter wants everyone to know how serious sepsis is, and how quickly it can change a life.

Peter’s advice to any parent who has a child: be sure to ask the doctors if it could be sepsis.

“You can’t always spot the symptoms. I don’t know if we ever could have stopped it, unless we said: ‘Could it be sepsis?’” he said. “It may not have changed the outcome with us,” Howarth said. “We might have been unlucky, but maybe - if someone had asked - just maybe, we’d still have her.”

What do you think of this story and Peter’s message? Had you ever heard of sepsis before this?