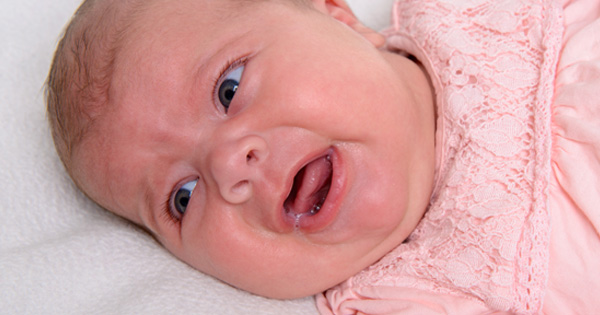 Her baby just wouldn't stop screaming and crying. She needed to figure out why--and fast.

An Oklahoma mother is furious at her daughter’s day care for allegedly giving the 1-year-old a terrible case of herpes.

Consuela Smith, of Oklahoma City, was terrified when she noticed her baby girl’s mouth breaking out in horrible sores.

“She started getting blisters all around her mouth and bleeding,” Smith told KFOR.

The blisters were so painful that the little girl cried day and night, prompting the concerned mother to rush her to see a doctor.

What the doctor told her was shocking: “They told me that she had herpes,” Smith said.

Knowing that the little girl couldn’t have contracted herpes from her, Smith called ChildTime, the day care that her daughter goes to.

Immediately, the person on the phone told her that one of the workers actually does suffer from herpes.

“Herpetic stomatitis is basically when you have multiple cold sores in your mouth,” medical doctor Ryan Brown from OU Children’s explained to KFOR. “Cold sores are normally caused by herpes simplex one virus. They are very easily spread, by touching and rubbing something else or saliva.”

Since herpes is so contagious, Smith is furious that the day care facility failed to disclose that kind of information to her.

When KFOR tried to get in touch with the day care, they said the question needed to be taken to their media specialist.

However, the ChildTime corporate offices out of Michigan have since released a statement, saying, in part: “Our children’s well-being is of the utmost importance to us. We have strict policies and procedures to ensure we meet or exceed regulatory guidelines on health and safety. We take every precaution to prevent the spread of germs or illness, and investigate any reported concerns.”

Although the whole situation upsets Smith, right now she’s just trying to focus on getting her baby girl to feel better.

“It’s nasty. A one year old walking around with Herpes,” she said.

Do you think the day care should have been required to tell the mother before? Tell us in the comments!