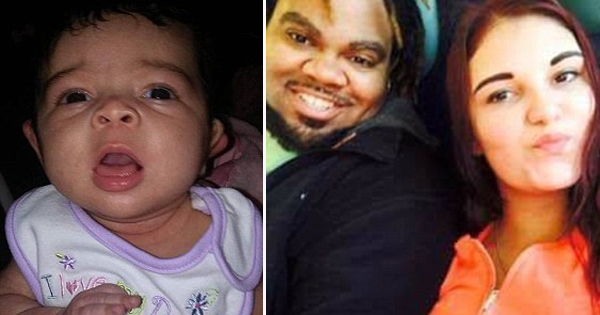 When New Mom And Dad Don't Show Up To Friend's House, Friend Begins To Worry. When They Go To The Couple's House. They Aren't Prepared For What They Find

A couple who recently moved to Pennsylvania was found lying on the floor of their own home unconscious. Read on for the full story!

The bodies of 19-year-old mother Chelsea Cardaro and 27-year-old father Jason Chambers were found by Pennsylvania authorities lifeless after being confirmed of overdosing on heroin and died two week ago, as reported by PEOPLE.

Aside from the two bodies found in their home in Johnstown, Pennsylvania, police also found the body, or at least what was left of, 5-month-old baby, Summer Chambers, the couple’s daughter.

The baby died from dehydration and starvation.

Kelly Callihan, Cambria County district attorney, told PEOPLE, “It’s so sad and really illustrates just how bad the heroin epidemic is, not only here but across the country.”

She added, “Had they not died within minutes of each other, we believe one would have called 911 for help for the other. The pathologists said a child can live a couple of days without food or milk. She was only 5 months old, so she was on her back… she had no way to move from that bassinet.”

A friend decided to check on the couple’s house after the two missed holiday celebrations. They also just moved from New York.

Callihan said, “Neighbors didn’t think it was out of the ordinary that they didn’t see them around, because they were traveling to New York for Christmas. Someone called one of their friends, who opened a window and climbed inside.”

Police found drug paraphernalia, gaining specimens for heroin that officials believed was mixed with something more lethal. This wasn’t the first time that police responded to their home. Last month, Chambers overdosed on heroin. Cardaro, on the other hand, was “denied being a drug user.”

Callihan concluded, “This was a picture in my mind I’d rather forget.”