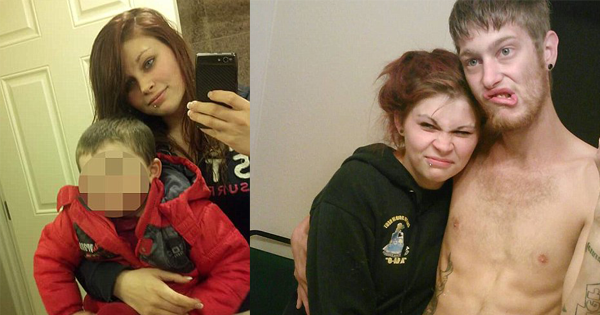 She Gives Her Children 'Feel Good Medicine' To Help Them Sleep. Then Authorities Spot What Is On Their Arms

A mother and her boyfriend were accused of injecting her 3 kids with heroin to make them sleep. Check out the story now!

A Washington mom has been accused of injecting her three young children with heroin to make them go to sleep faster.

According to KIRO, 24-year-old Ashlee Hutt and her boyfriend, 25-year-old Leeroy “Mac” McIver, gave her kids, ages 6, 4, and 2, the dangerous drug on more than one occasion.

“Some of the statements they made were very disturbing about how they would get sleeping juice to go to sleep and it was injected to them by needle,” Detective Ed Troyer told KIRO.

Authorities say the 6-year-old told them that their mom would always give them the “feel good medicine” to help them calm down.

The little boy described the “medicine” as a white powder mixed with water, according to The Daily Mail.

When Child Protective Services first got involved in the case, they immediately noticed markings and bruises on the 2-year-old girl’s body that suggested she had been injected with a needle.

In one instance, the 6-year-old boy told police that he was given the powerful drug after being choked by McIver.

Both Hutt and McIver have since been charged with three counts of unlawful delivery of a controlled substance to a minor, second-degree criminal mistreatment, and second-degree child assault.

According to KIRO, Hutt’s children were taken away from her last year and are now in the foster care system.