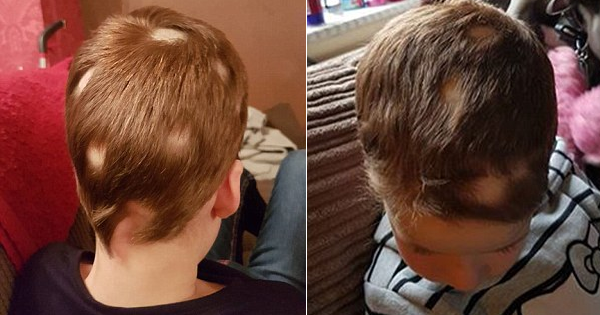 Mom Buys Girl With Alopecia A Wig To Boost Her Self-Esteem. Then Teacher Tells Her To Take It Off. The Reason Why? Their Dress Code

A mother says her little girl with alopecia has been forced to remove her wig at school. Read on to find out why!

A mom in the UK claims her 5-year-old daughter with alopecia was forced to remove her wig at school because it “breached health and safety rules.”

Little Apryl Corbett was reportedly left feeling “humiliated” after teachers ordered her to remove her wig, insisting that wearing it posed a safety risk to the other children.

“They were trying to tell me that April was more than happy to take it off,” Apryl’s mother, Lianne Corbett, told The Sun. “But when she came home she said she was really sad because she didn't want people to see her hair. She was so pleased when she had the wig on. She had the biggest smile on her face.”

Alopecia is a condition that causes hair to fall out, and Apryl suffers from a specific type that has left her with prominent bald patches.

When Corbett, who also suffers from alopecia, first noticed that Apryl’s hair was falling out last year, she didn’t want to say anything.

It wasn’t until Apryl began getting bullied at school that her mom finally bought her a wig to cover up her bad spots.

However, even after explaining the situation to the school, Corbett claims she’d been told that the wig simply isn’t part of the school uniform.

“The kept saying they have kids with cancer in the school and deal with situations like this all the time,” she said.