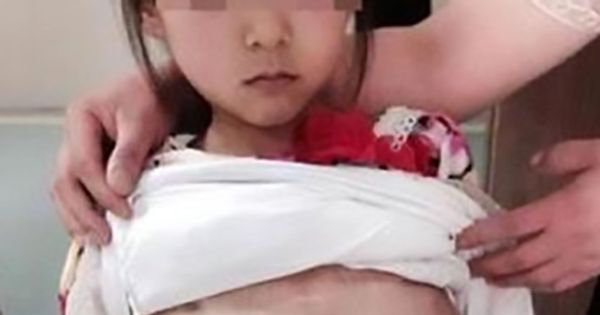 Man Tells Doctor His Pregnant 'Wife' Is 20 Years Old, But The Sick Truth Is Obvious

Police have launched an investigation after a man brought his pregnant "wife" in for a checkup and she turned out to be 12 years old. Check out the story now.

Doctors in China were forced to call authorities after a man brought in his pregnant “wife,” who turned out to be a 12-year-old girl.

According to The Mirror, the 40-year-old man, the young woman, and her alleged mother showed up to Xuzhou City Central Hospital, in East China's Jiangsu Province, for a routine pregnancy scan.

Although the husband and mother claimed the girl was 20 years old, staff at the hospital quickly grew concerned over how young she looked to them.

"It's obvious she is just a child, and certainly not anywhere near 20 years old," one hospital worker said.

Asia Wire via The Mirror

When pressed about her age, the girl’s husband reportedly became agitated and refused to answer any more questions.

"I took her here to be examined - just do your job. Stop asking so many questions," he allegedly told the hospital staff.

Once police arrived, it became clear that the girl, who was supposedly about three months pregnant, was much young than 20 and did not speak Mandarin.

Authorities now believe the man’s “bride” was smuggled across the border illegally from Vietnam.

At this time, police do not know whether the girl was kidnapped or bought as an underage foreign bride.